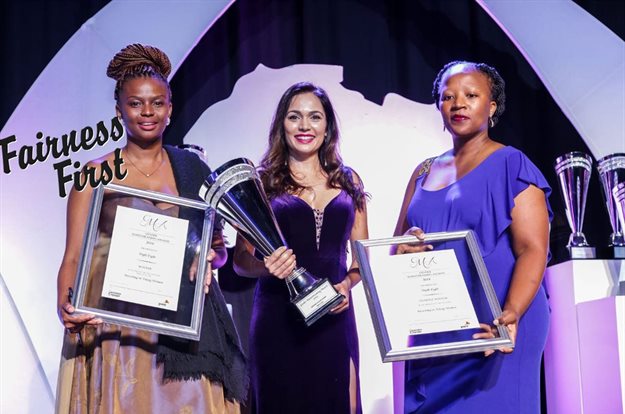 #FairnessFirst: Triple Eight on not just surviving but thriving as an all-female agency

Not only is Triple Eight Africa’s fastest-growing all-female marketing agency, they were also the ‘overall winners for investing in young women’ at the recent Gender Mainstreaming Awards. Here’s the essence of the socially conscious marketing, PR and digital agency’s success.

Launched by the Business Engage Association in 2013, the Gender Mainstreaming Awards celebrate transformation in South Africa, with a particular focus on gender and empowering women.

The awards encourage private sector and government to achieve meaningful representation of women in the mainstream and rewarding those that have already understood the business case for gender diversity and started their programmes.

It seems the awards have done their bit in both raising awareness and resulting in action, as then-Minister in the Presidency Responsible for Women, Susan Shabangu, said in 2017 that South Africa is on course to achieve 50% women representation.

Shabangu was addressing the 61st Session of the United Nations Commission on the Status of Women in New York at the time, and mentioned that the SA government had amended the Employment Equity Act to achieve equity in the workplace.

We also saw an increase in black women directorship of the Johannesburg Stock Exchange Listed Companies from 114 in 2006 to 385 by 2016.

Shabangu said: “As government, we have made progress in advancing women and gender parity in the workplace in a relatively short period of time.”

But as recent news headlines have shown, this hasn’t been enough to instil a sense of safety among South African women.