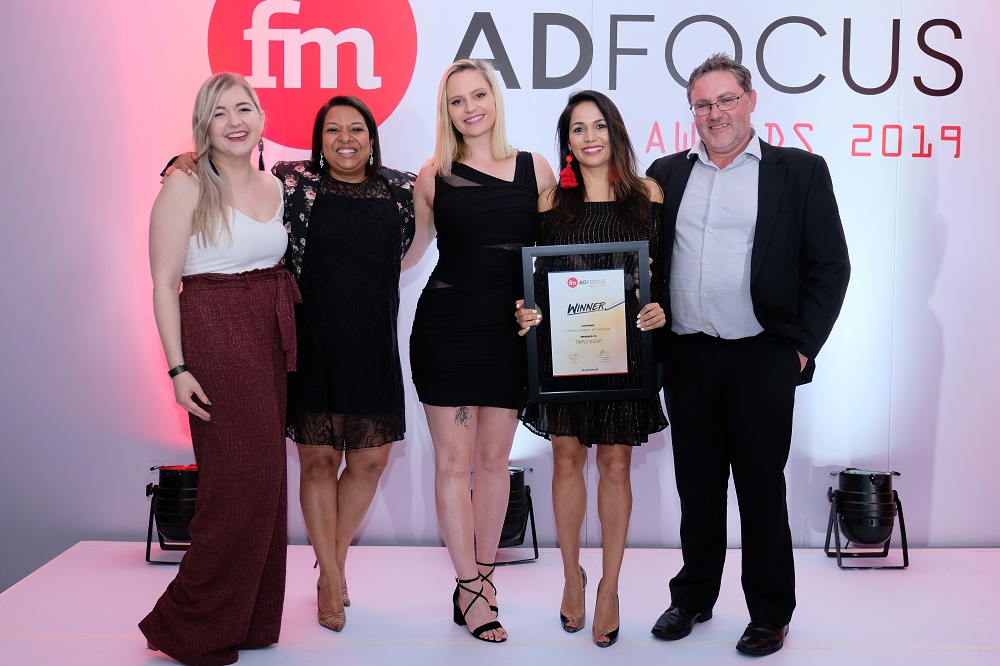 Triple Eight is committed to living its values, believing that the empowerment of women is pivotal to its success
DAVID FURLONGER

It’s seldom that an agency achieves such notable success at the AdFocus Awards; this year socially conscious marketing, PR and digital agency Triple Eight won not only Agency of the Year, but also Specialist Agency of the Year, the Transformation Award and the African Impact Award.

The agency was founded by Sarika Modi in 2012. Today, it employs 70 people, all of whom are women, and it has created a presence in SA and on the continent. About half of the agency’s work is done locally, and the other half on the rest of the continent.

The work consists primarily of campaigns that are designed to uplift communities on the continent. Modi says the agency is purpose- and socially driven and lobbies strongly for women empowerment. She believes the industry needs far more women in leadership positions, and questions this state of affairs, particularly considering that it is women who make the bulk of the purchasing decisions in the home.

There are a number of factors that drove the judges to award Triple Eight so highly. The first is the fact that despite it entering three categories, the entries and motivations showed a strong synergy, proof that the agency is consistent in its messaging and core values. Then there is the revenue growth over the past year — Triple Eight grew two-thirds over the AdFocus judging period. Its commitment to social upliftment was another crucial factor. Indeed, Modi reports that the agency’s ultimate goal is to achieve the triple bottom line: measurable upliftment, financial return on investment and high social impact.

What’s more is that Triple Eight is committed to living its values, believing that the empowerment of women is pivotal to its success. For example, the agency recruits young women to prepare them for promotion as opposed to seeking candidates from the outside. Each recruit takes part in a development programme which ultimately helps them to move up the agency ranks. It also uses mothers and daughters from local communities as brand ambassadors and community health workers, providing them with training and skills so that they are able to provide financially for their families. Moreover, Triple Eight ensures that its campaigns have a measurable effect on the communities where they have been implemented.

Indeed, it seems that the awards could not have gone to a more deserving agency — one that stands for empowering the industry, the brands it works with and the communities they serve.